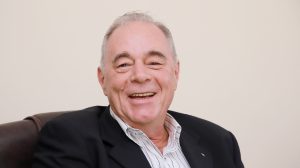 Paying customs twice is burdensome and has also become the subject of complaints to various authorities in the UAE. Frequently, goods were delivered to a free zone, especially as it is connected to a port, and then the goods were to be transferred to another free zone. The Free Zone 1 required already the 5% customs duty for the import of the goods from the free zone into the mainland. If the goods now arrived in Free Zone 2 and were processed there, then 5% of the finished product was required again for re-importation into the mainland. If the Free Zone 2 was again only a middleman, then for practically the same product customs duty was demanded twice. This was sometimes attempted to circumvent by bypassing sealed trucks from Free Zone 1 to Free Zone 2. Therefore, it was often a major problem in the mainland, which adjacent Free Zone 1.

When the idea for the introduction of VAT first came up, it was argued that it would eliminate customs clearance. It would only be necessary to pay the import turnover tax declared as VAT which would replace the customs duty. But as we now know, VAT was introduced in addition to customs. The goods that enter the country and are processed in a free zone, for example, will then, if they are exported from the free zone on the one hand invoiced with VAT and on the other hand also customs cleared.

But how do I avoid the customs clearance of especially raw material which a free zone company buys from the mainland and then sells back to the mainland after processing?

We will gladly help you to draw up such a contract between the onshore company and the free zone company and are also prepared to clarify the corresponding steps with the customs authorities in advance.