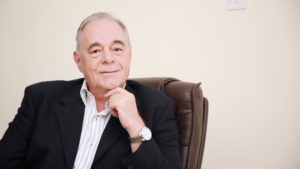 Anyone living, working, investing and earning income in the United Arab Emirates (UAE) or in other countries far from home would probably be reluctant to pay in their home state – and thus pay double tax on their income.

For this reason, many states have concluded double taxation agreements (DTAs) with each other over the past decades, which have been negotiated freely and without any standards or regulations. For example, the UAE has entered into DTAs with over 115 states, the purpose of which is to prevent income earned abroad from being taxed both by the state of residence (state of domicile or domicile) and by the source state (state in which the income is earned).

In certain cases, however, these DTAs have led to tax loopholes, which the Organisation for Economic Cooperation and Development (OECD) now wants to put a stop to. The legal basis for this is the so-called “Multilateral Instrument (MLI) for the Implementation of Tax Convention Related Measures to Prevent the Shortening and Transfer of Profits”, which is intended particular to prevent aggressive tax plans such as base erosion and profit shifting. The main purpose of the MLI is the introduction of certain minimum standards in existing and future DTAs to ensure uniform taxation in all member states. The MLI has now been signed by over 83 states, but has only been ratified by a few (and is therefore only valid in these states).

The aim of the MLI is to achieve this goal by amending existing DTAs on the basis of the standards specified in the MLI. To this end, the states must renegotiate their DTAs with the respective contracting parties, make appropriate adaptations and, of course, sign and ratify these amended DTAs.

The standards envisaged in the MLI are diverse and range from a broader definition of the concept of permanent establishment (so that it cannot be circumvented), through the prevention of unlawful use of DTA benefits, to improve dispute settlement mechanisms.

However, individual states are only obliged to comply with certain minimum standards and are free not to adopt individual standards. In addition, the states themselves can decide which of their DTAs should be subject to the MLI standards and which should not.

VAE as contractual partner of MLI – Effects on DBA

The UAE has been a party to the MLI since the end of June this year, but has not yet ratified it (ratification is planned for early 2019). The UAE have stated that DTAs with a total of 114 states, including those with Germany, Austria and Switzerland, are to be amended in accordance with the standards of the MLI.

However, the UAE has decided to implement only the following absolute minimum standards of the MLI in its DTAs:

This test is used by the tax authorities to investigate the principal purpose of a transaction. If such a transaction is primarily used to enjoy tax advantages from a DTA, this leads to the exclusion of the benefit. It should be noted here that the tax authorities do not have to prove the abuse, but the taxpayer bears the burden of proof that the transaction is not exclusively for the purpose of obtaining benefits under the DTA.

However, these provisions can already be found in the tax codes of the three countries, where it is stated mutatis mutandis that a construction that is also legally permissible is not to be regarded as “preemptive” for tax purposes if the sole or predominant purpose of this construction is to avoid tax. Taxation then takes place as if this construction did not exist.

In this respect, the MLI does not offer any innovation.

After ratification of the MLI at the beginning of 2019, the UAE will enter into negotiations with the other MLI contracting states with which a DTA exists on amendments to the DTAs. However, since the UAE will only implement the minimum standards, only these will be implemented in the respective DTAs – irrespective of whether the other states (e.g. Germany) have committed themselves to higher standards. Only after the amended DTAs have been signed and ratified by the respective contracting states will they enter into force, which will probably take some time.

Although there is still some time left here, it is in any case advisable to deal with the anticipated changes and adapt existing (company) constructions or set up new ones, especially if there is a danger that they will not pass the principal purpose test and therefore any benefits from DTAs could no longer be claimed.